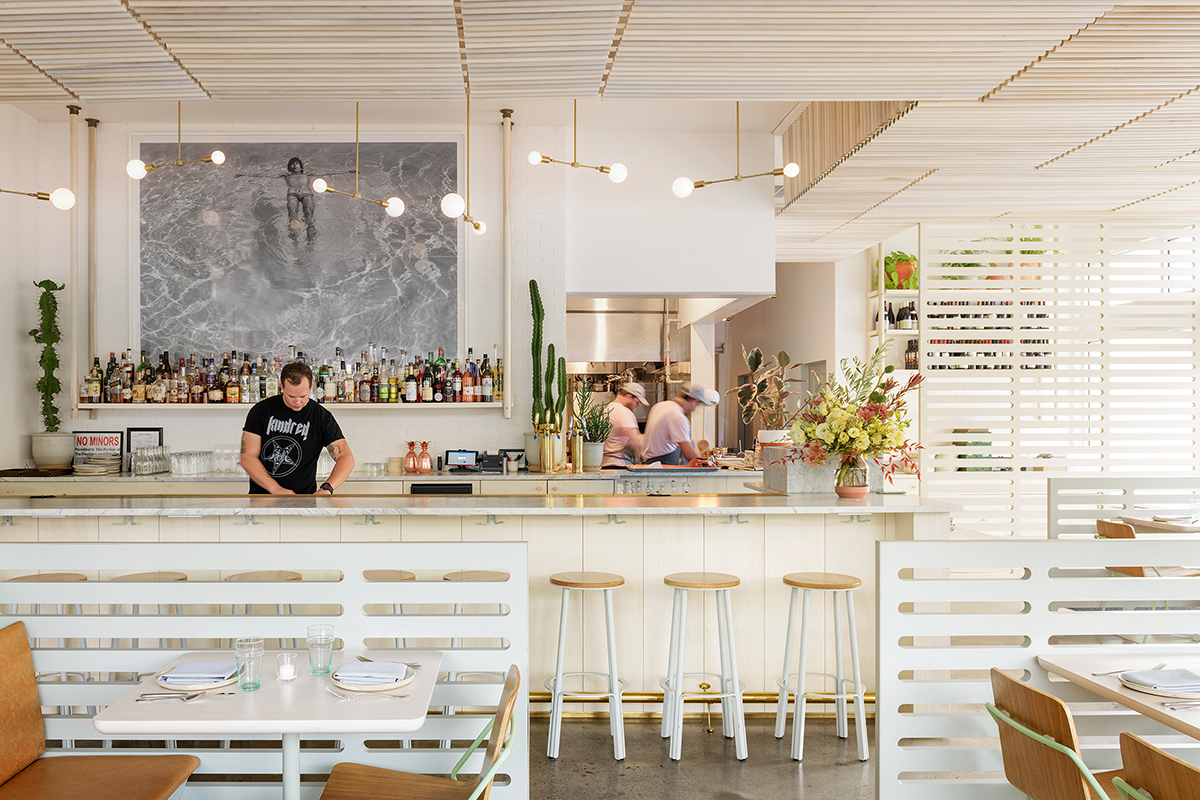 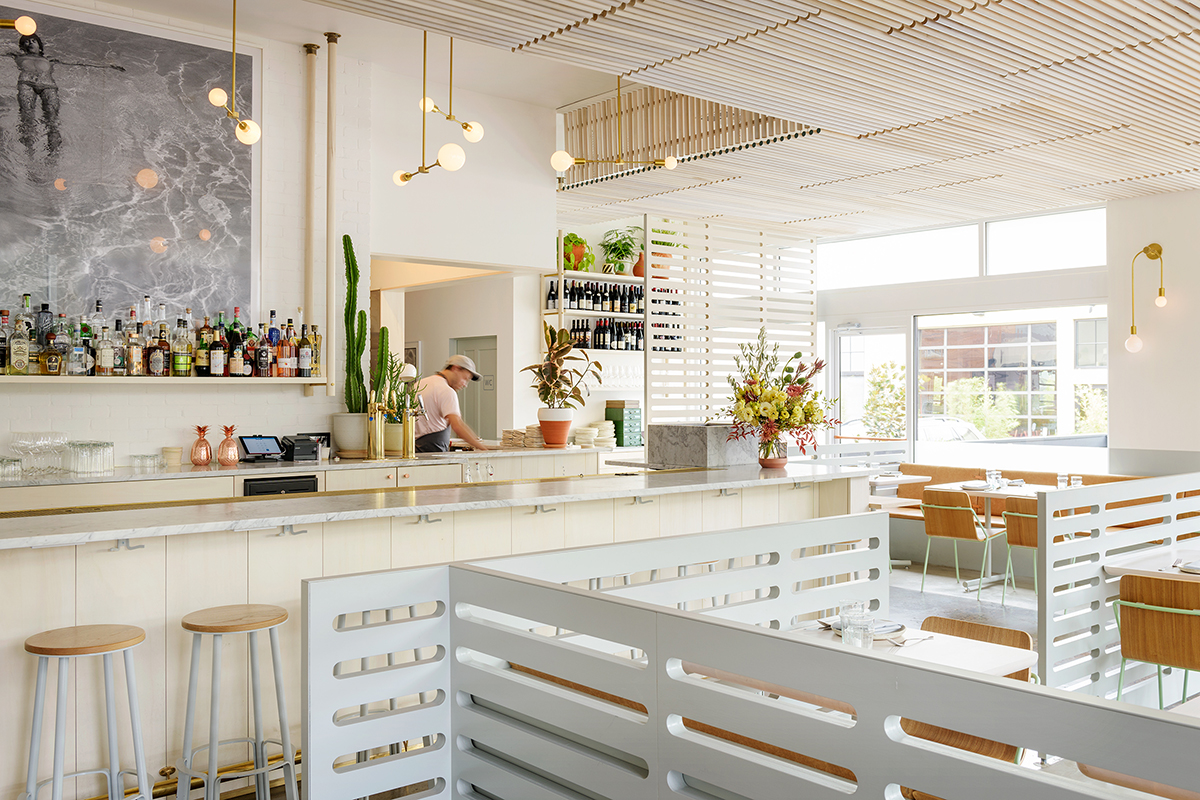 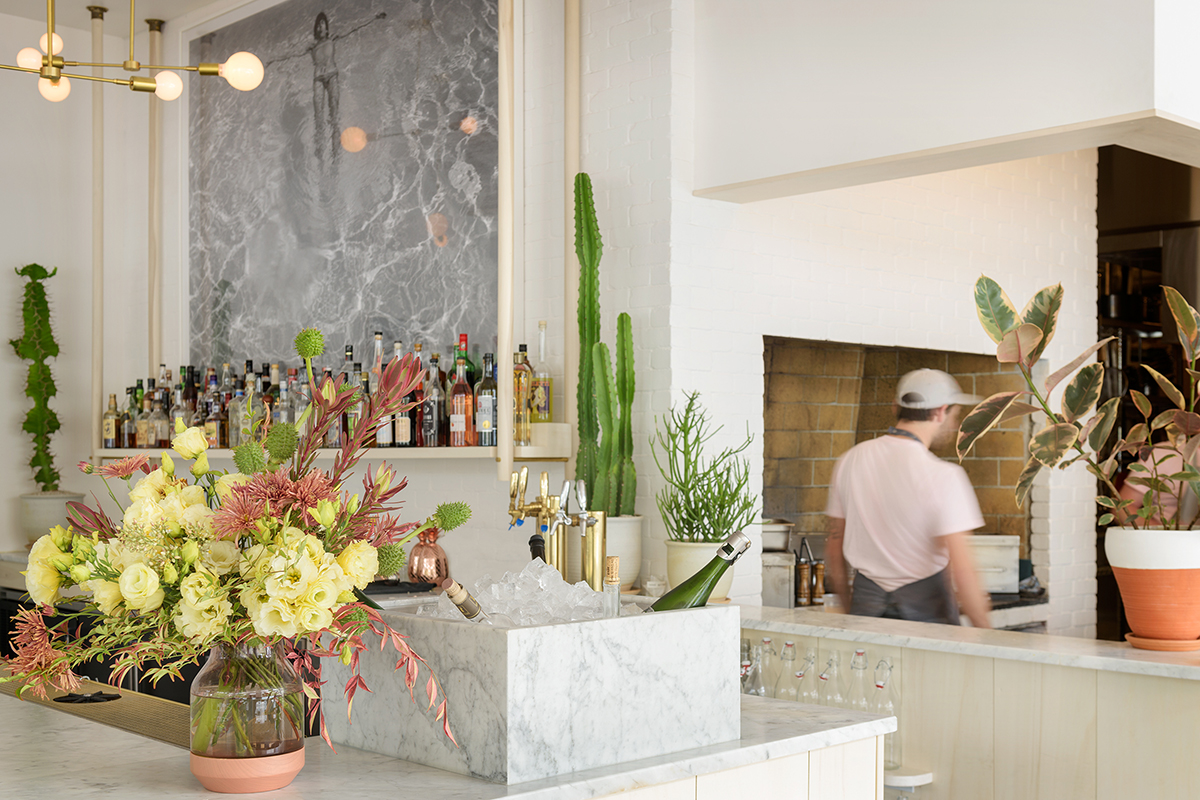 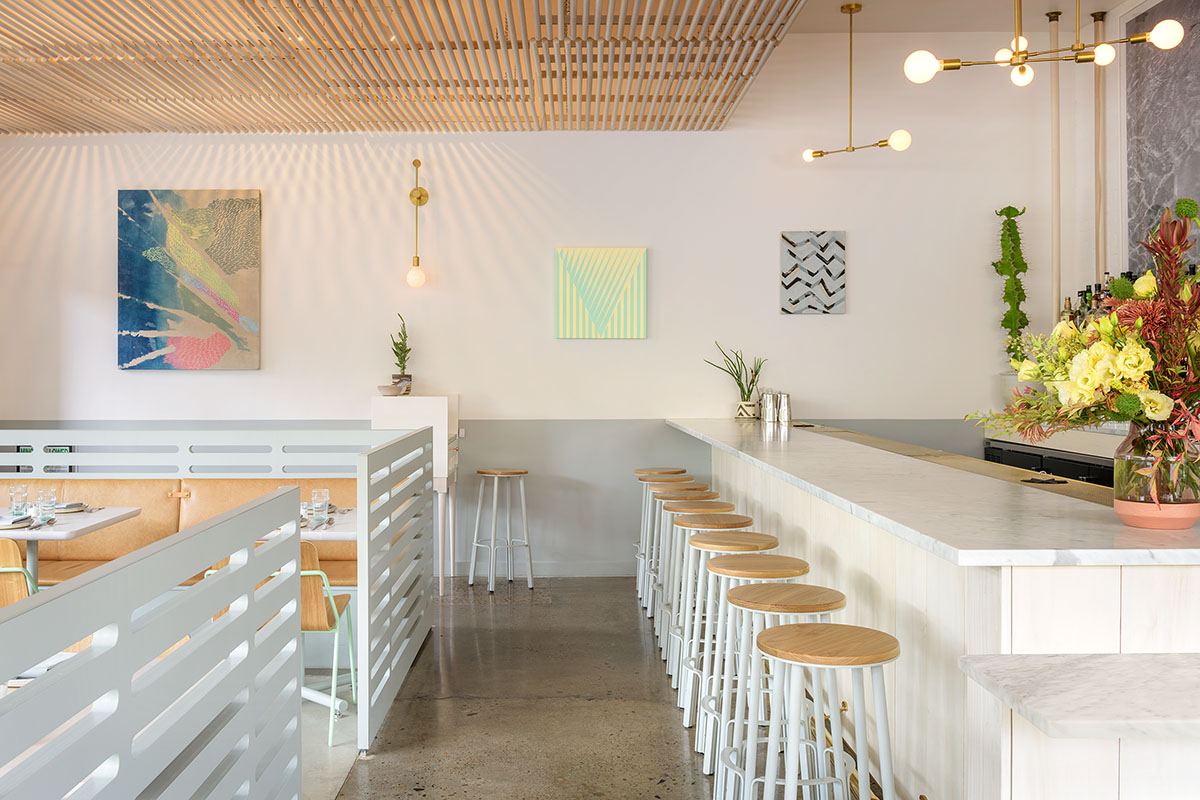 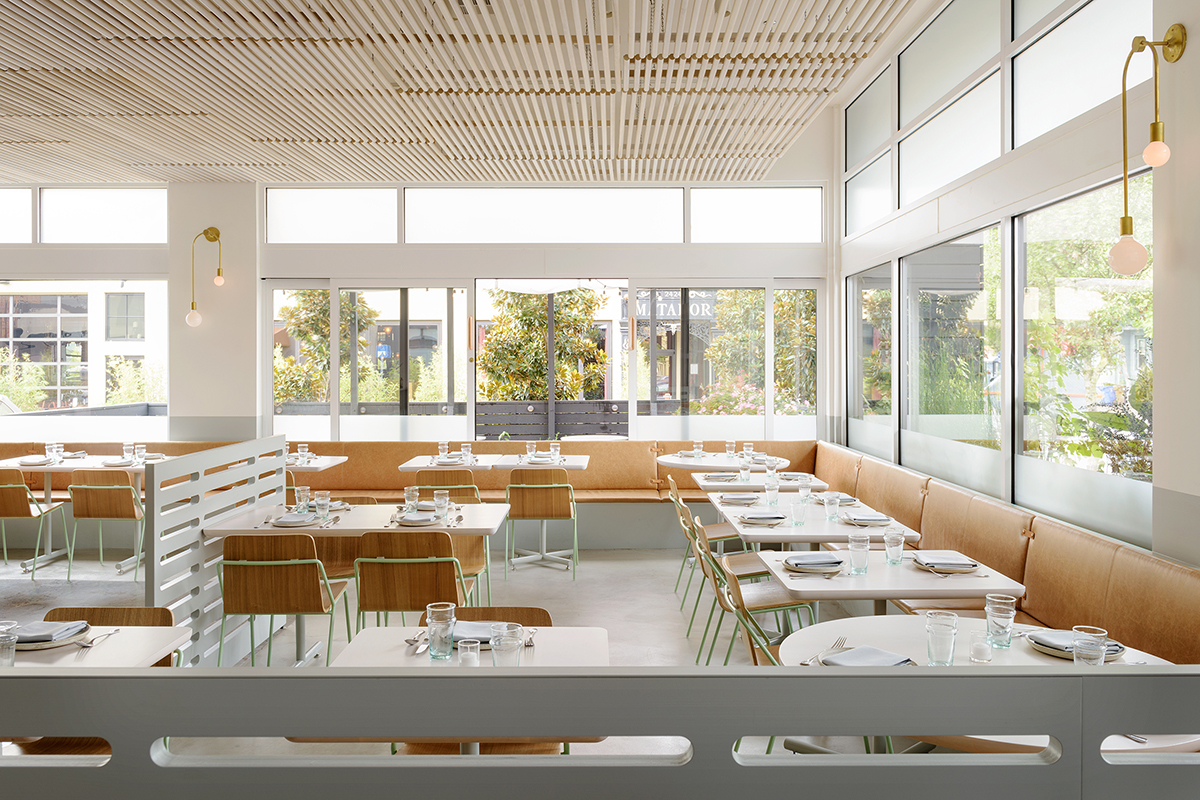 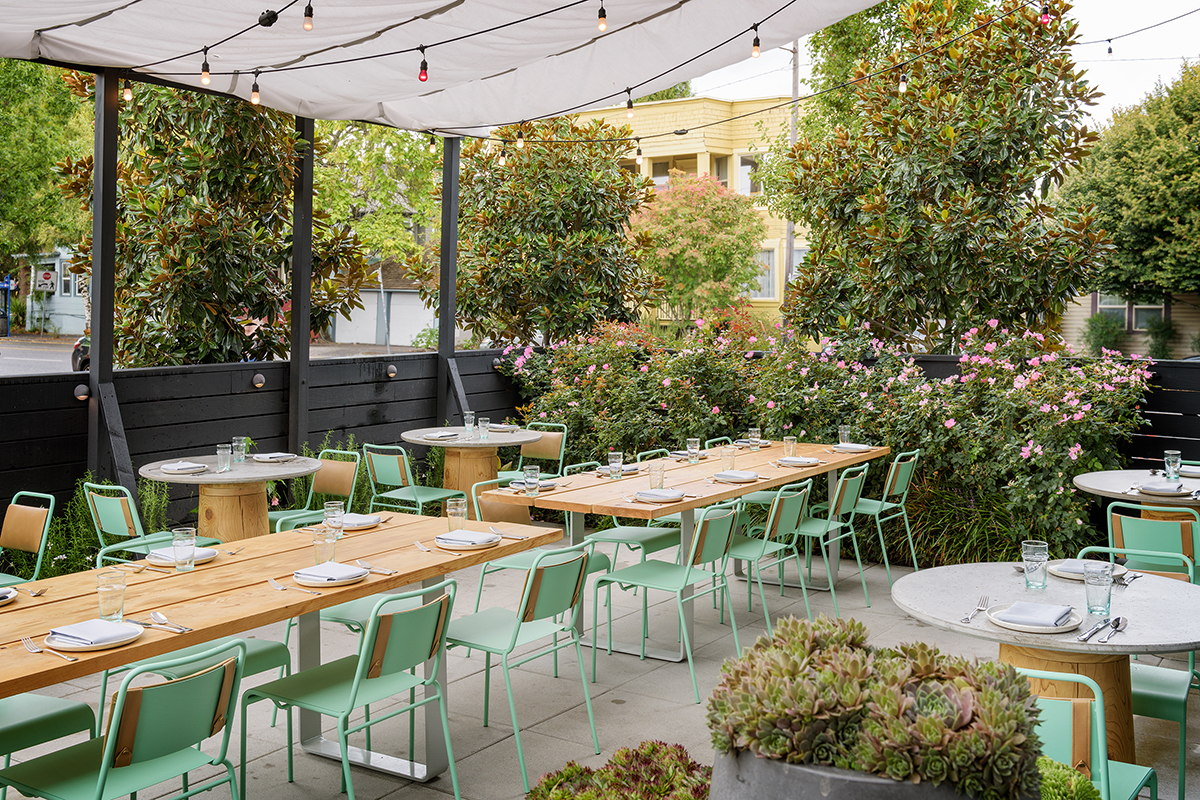 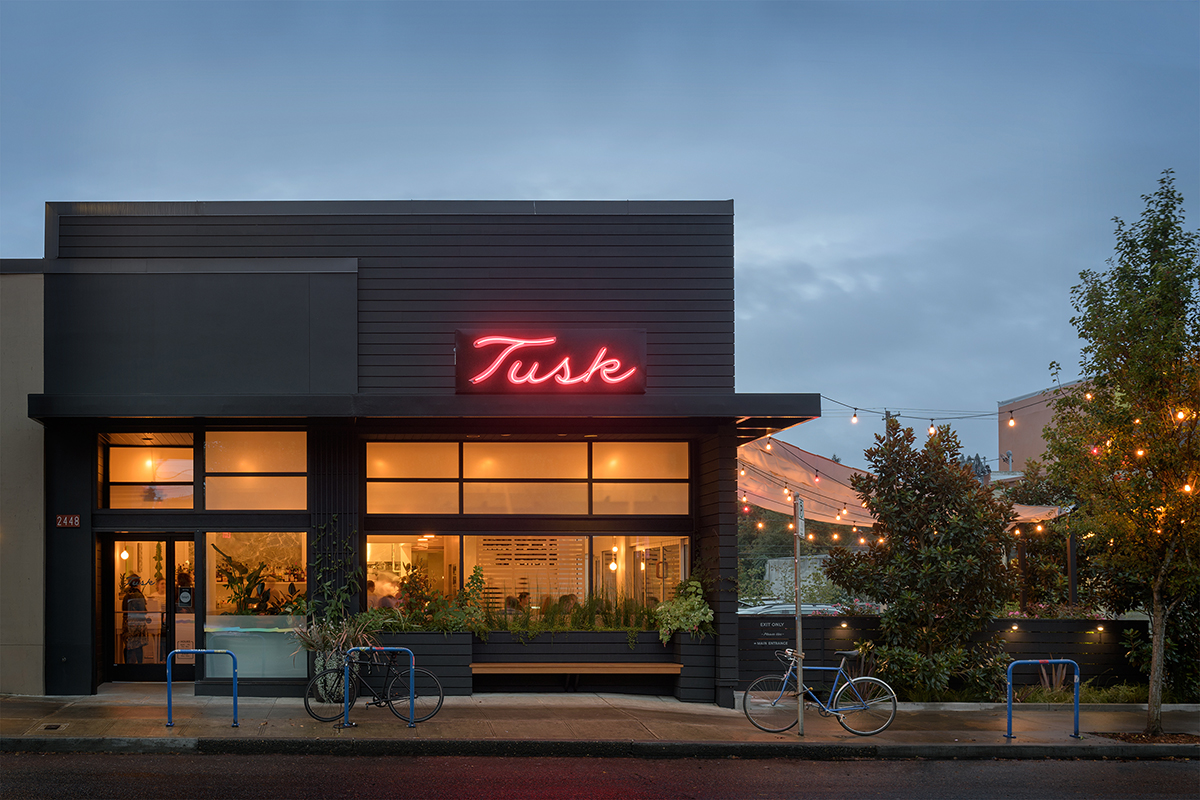 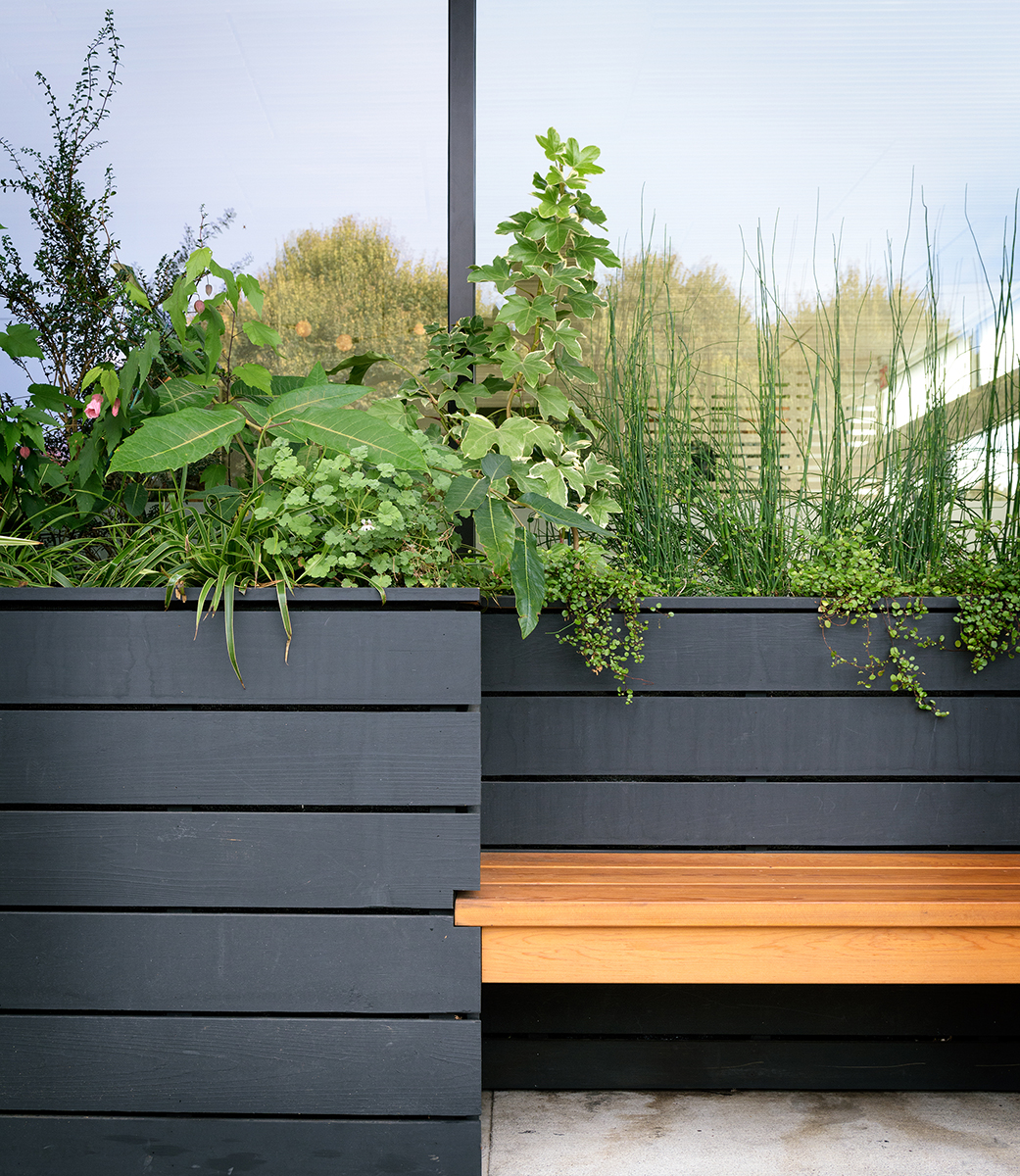 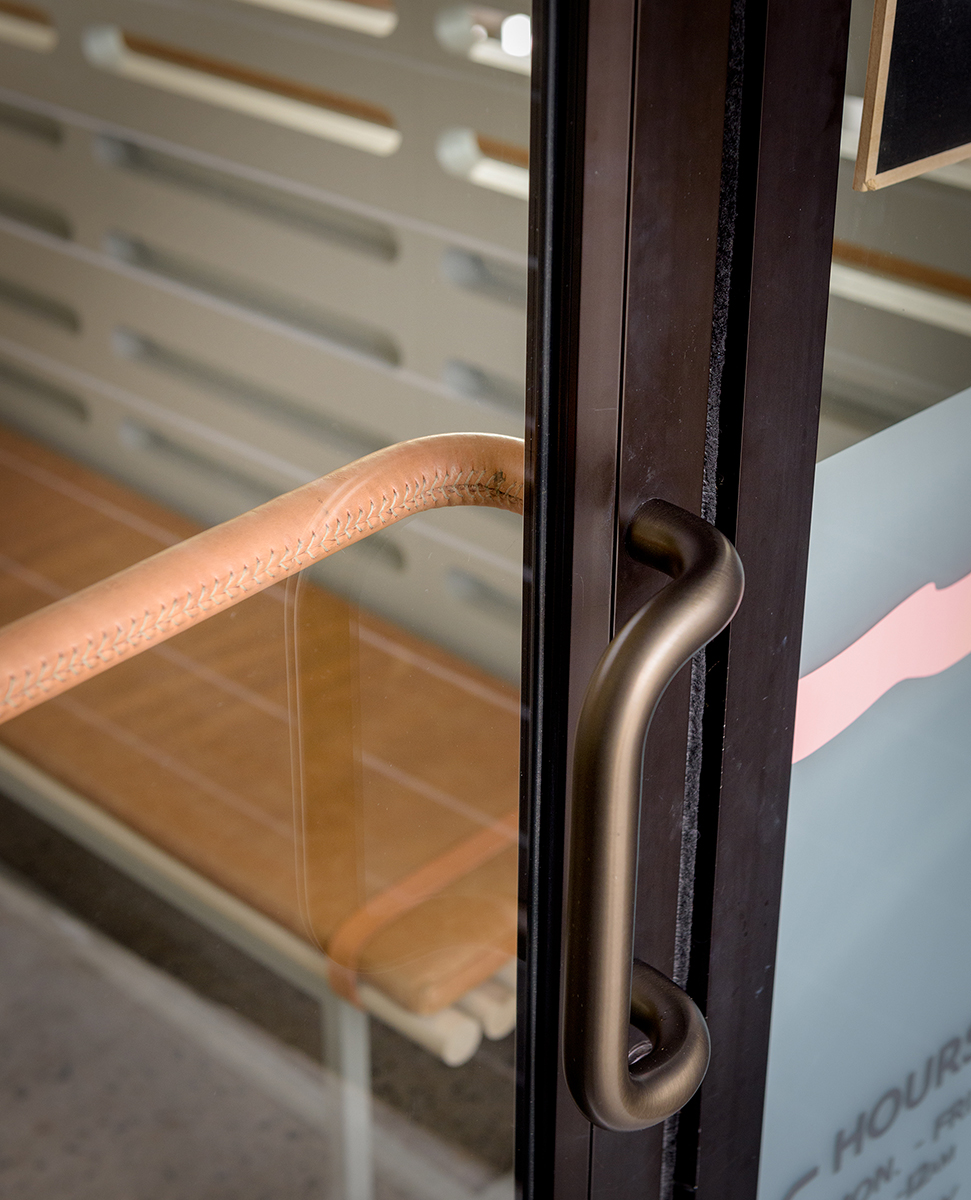 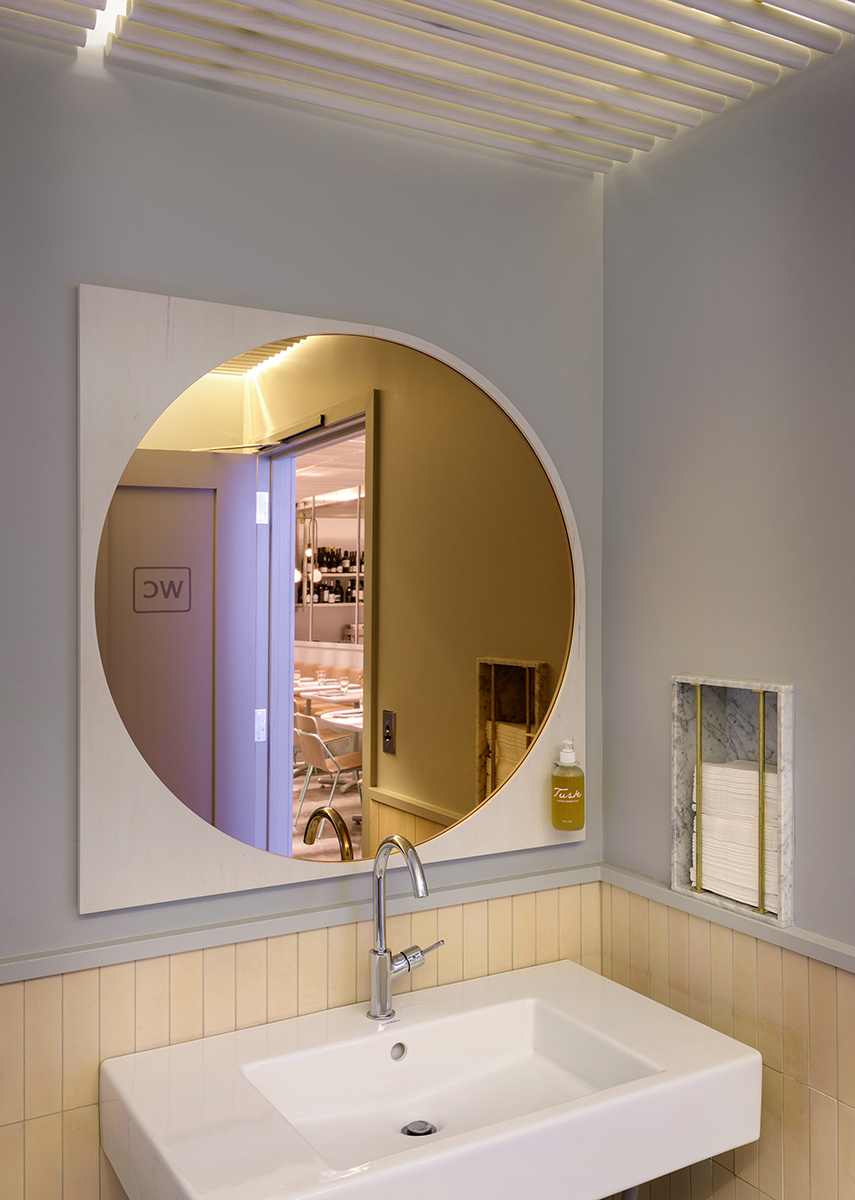 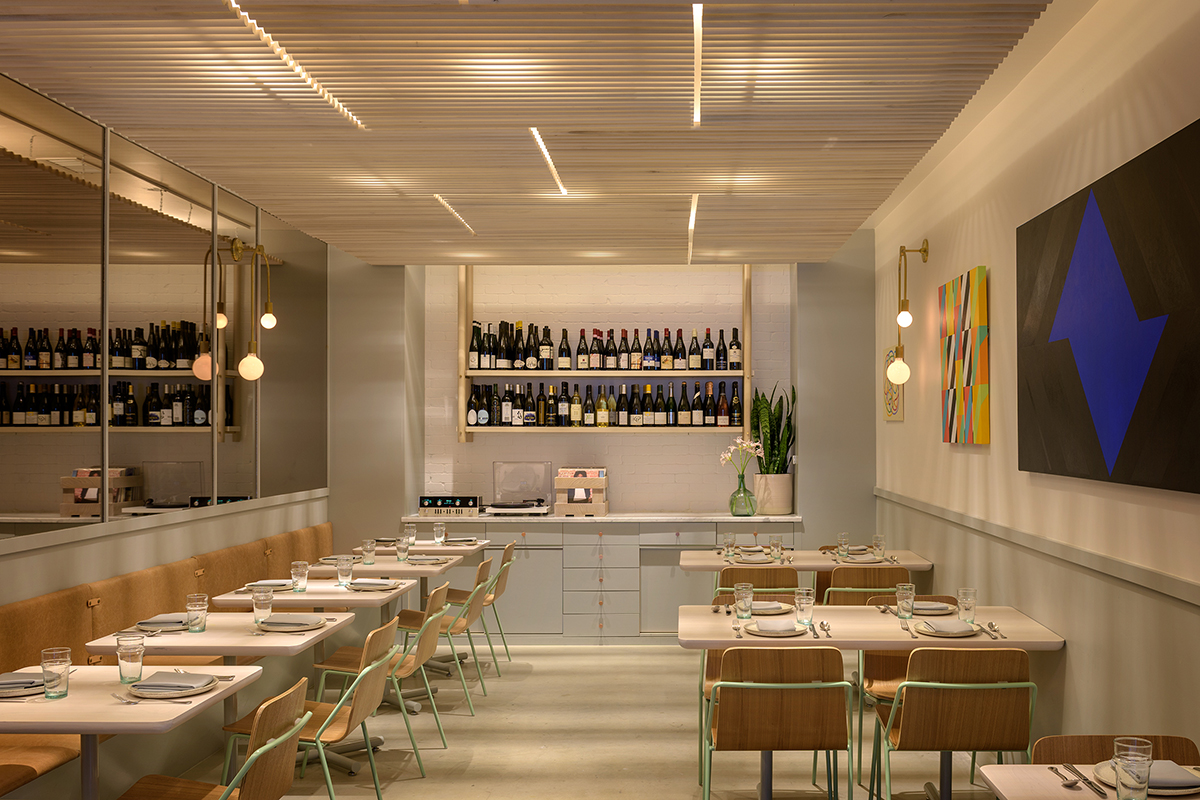 The design of this middle-eastern inspired restaurant is a departure from the traditional Portland woodsy aesthetic. Tusk (named after the Fleetwood Mac album) is a bright, fresh party of a restaurant. A meal here feels like a mini vacation to a sunnier climate. We wanted the space to have a sitting-outside-under-a-shady-arbor feeling, so we designed a system of bleached wood dowels that filter the light and cast pretty shadows along the walls. The palette in general is pale and restrained, leaving plenty of space for the colorful art and more importantly the bright food. A young Keith Richards, floating on his back in a swimming pool over the bar, adds to the rock-and-roll, summer vacation vibe.

男朋友摸得我流水有点黏黏The senior designer for the Tusk project was Em Shephard.