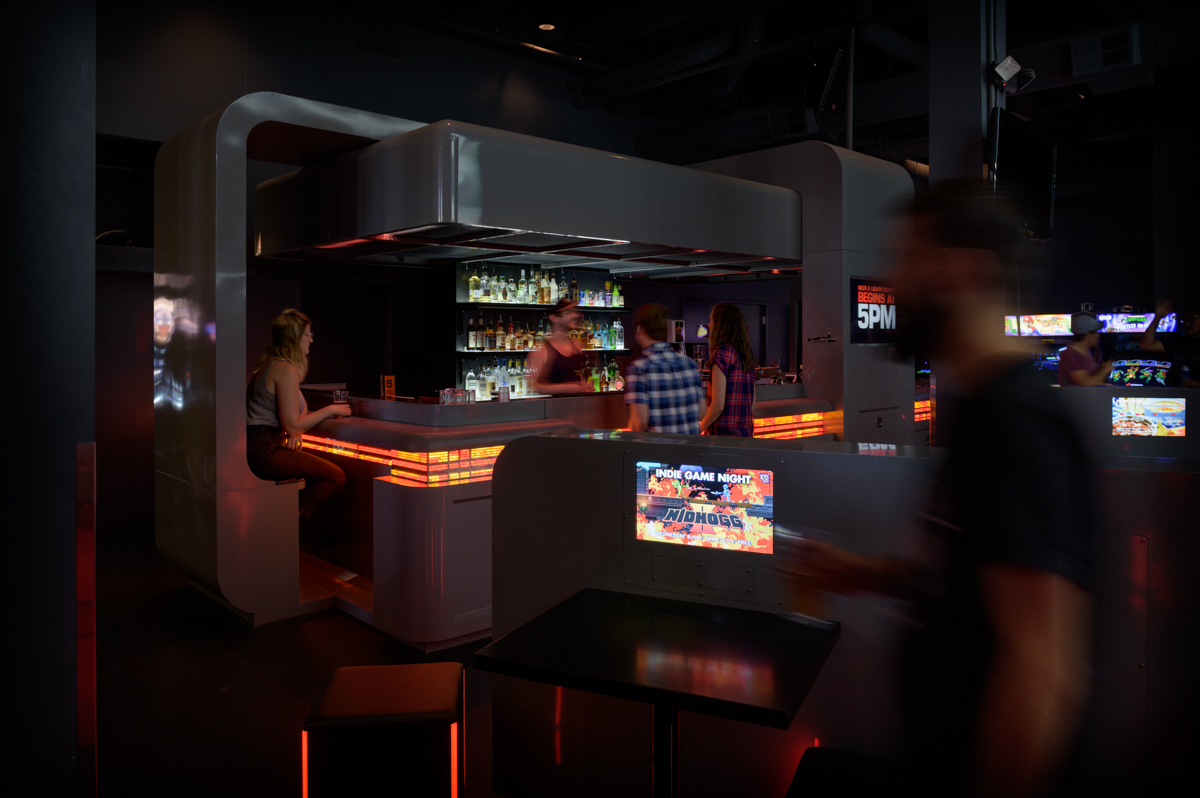 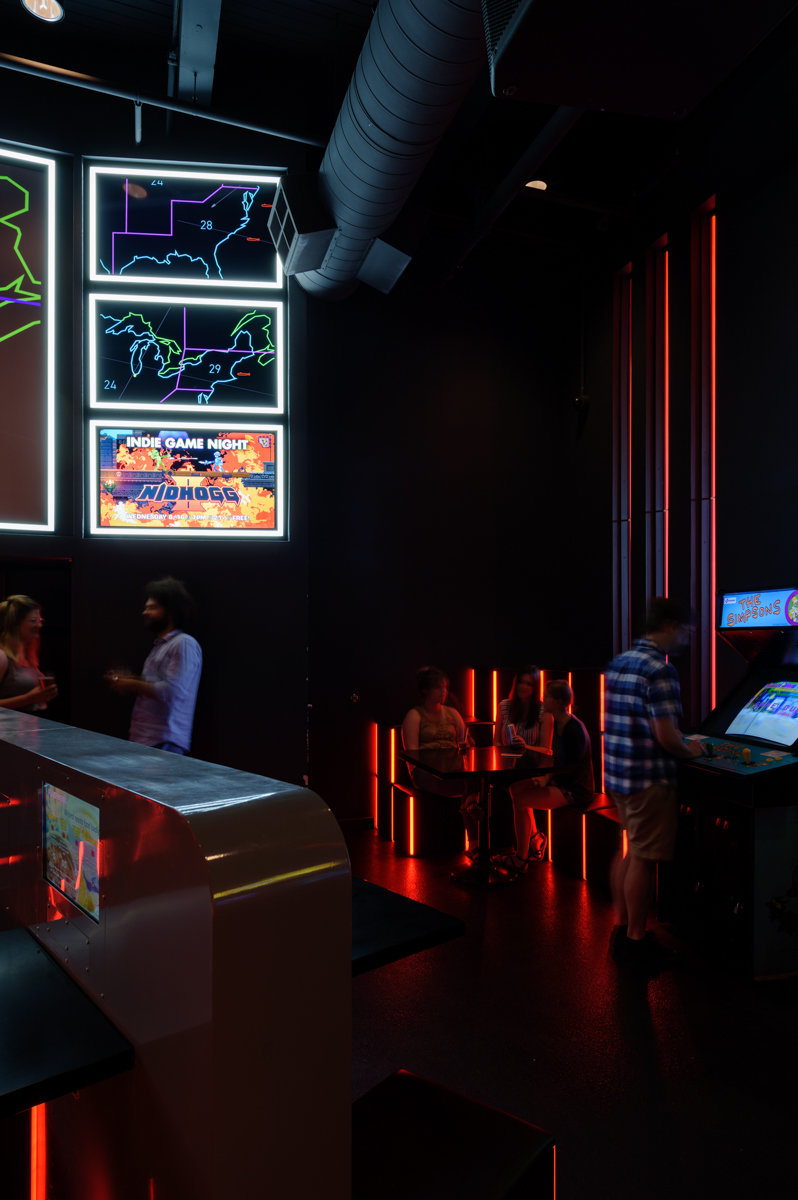 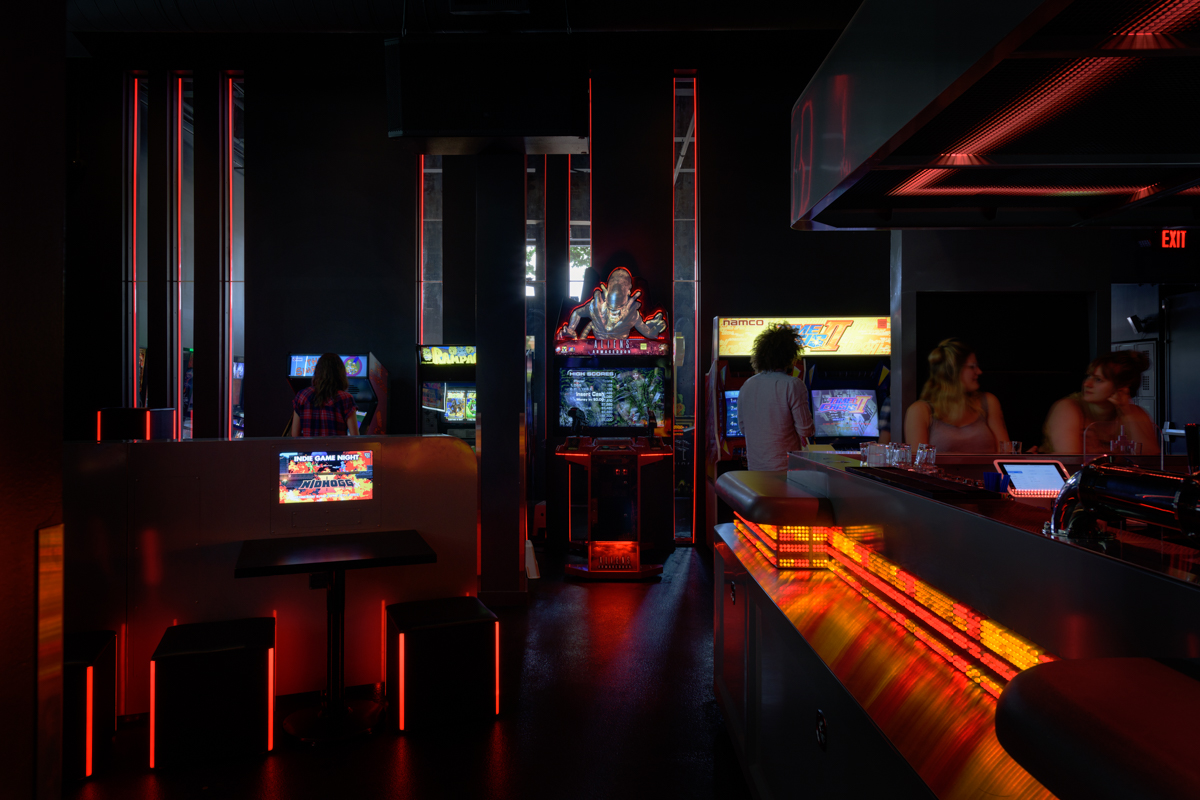 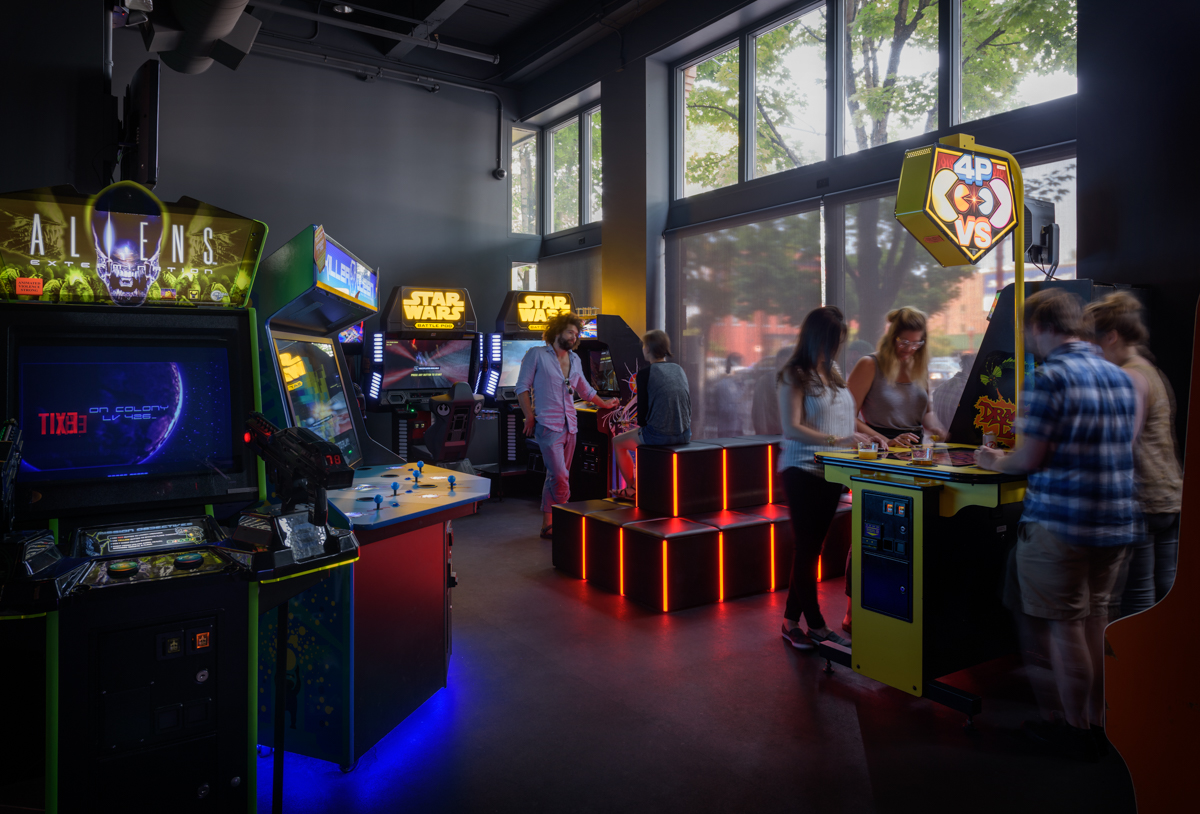 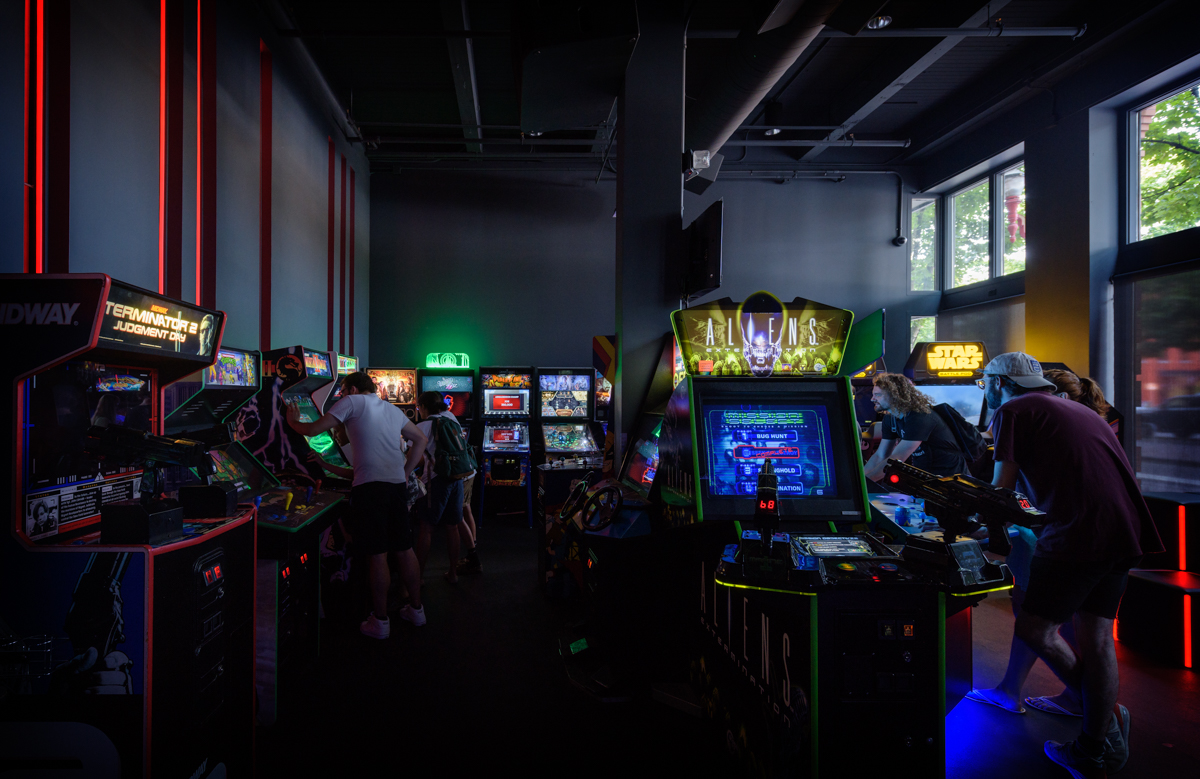 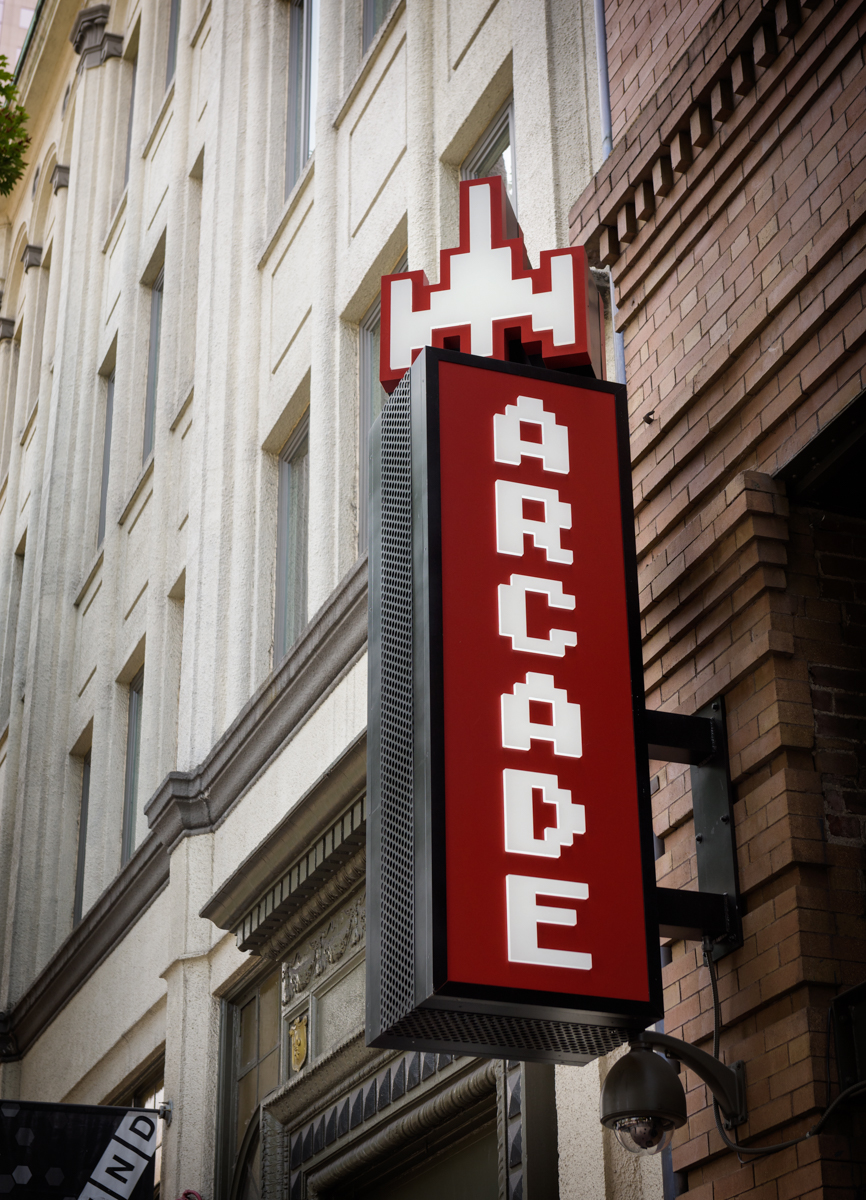 Ground Kontrol’s second arcade location is adjacent to the first, but with a new twist.  Where the first was loosely based on the aesthetic of the cult film Tron, the second is based on the 1980’s film War Games.
The bar is a reinterpretation of the films’ W.O.P.R. (War Operation Plan Response), a United States military supercomputer with Soviet Era proportions.  At the heart of the arcade looms a large cluster of video screens set up to like the film's control room with colorful maps, moving targets and Ground Kontrol “propaganda”.
The layout is flexible thanks to a pair of low pivoting walls and lightweight cube seating, illuminated with the war games’ signature red and amber lights.  Reflective surfaces such as stainless steel and high gloss epoxy were added to increase the dramatic effect of the arcade's many screens and blinking lights— eye candy for any true gamer.